Week Ten of The HotShots Sports Bar and Grill Picks of The Week
About a week ago, the Missouri-BYU game would’ve had the national interest of Joe McKeehen winning the World Series of Poker. Don’t know who Joe McKeehen is?
That’s the point.
But, now the wager on Missouri-BYU is one of the most intriguing and debated topics for some gamblers this weekend. How will what took place in Columbia impact the football team and its performance this Saturday in Kansas City?
Former Missouri wide receiver L’Damian Washington was on Frank Cusumano’s Hollywood Casino Pressbox yesterday, and he said he has been around the team all week.

Washington said, I think they’re going to win. Adversity either tears a family apart or brings them together. These guys have been brought together.

BYU is a six-point favorite at Arrowhead, and I’m torn. I could see them winning by 30, and I could see Missouri playing superhuman, putting on a clinic, and scoring something insane like, two touchdowns.
Unless your social calendar revolves around the lower-tier bowl schedule each year, this game doesn’t have that much meaning for the 2015 football season. But, from an interest level standpoint, the entire country will be watching to see how this group of players responds.
I’m intrigued to see the picks this week, because I really don’t know what the public thinks will happen, and wants to see happen.
No surprises in our contest though. Producer Joe and I continue to dick around. He went 4-3 last week. I went 3-4. Just blah. I lost my Lock of The Week on Tennesee against South Carolina, and I’m legitimately stunned by that. But, when you’re 27-37 against the spread this year, you don’t really have a right to be stunned by any outcome.
Here’s a look at the standings:
Producer Joe: 29-35 (4-3 Last Week)/4-5 Locks of The Week
Tim: 27-37 (3-4 Last Week)/5-4 Locks of The Week
Congratulations to our winner, Tyler Roper. His 5-2 performance and the tiebreaker gets

him a $25 gift certificate to HotShots Sports Bar and Grill.
Will someone run the table this week?
Will the Rammies fight so hard and so fine?
Will the New York Attorney General deem this competition a game of chance and outlaw it for next week?
Game on.
BYU (-6) vs. Missouri (at Kansas City)
Producer Joe: There have been quite a few times in the last 2.5 years that I wish I still worked on the radio show because the story of the moment was something I would have enjoyed working on. This past week was not one of those times. The stuff that is happening at Mizzou right now takes on a few levels, but one of them is the Generation of Suck & those that enable the GOS. None of that should matter on Saturday though, because unless two people losing their job is magically going to fix an inept offense, this week will be more of the same for the Tigers. Pick: BYU (-6)
Tim: I wish I could believe we’ll see magic Saturday, but inspiration—if it exists—can only take you so far. Offensive lines can take you further. Pick: BYU (-6)
Alabama (-8) at Mississippi State
Producer Joe: Last year Bama faced Mississippi State at home the week after they played LSU. They didn’t cover. Two years ago, Bama faced Mississippi State the week after facing LSU. They didn’t cover. Three years ago, Bama faced A&M the week after they faced LSU. They lost outright. Four years ago, Bama faced Mississippi State the week after LSU. They didn’t cover. See where I am going with this pick? Pick: Mississippi State (+8)
Tim: I thought for sure @ProdJoe would go with Roll Damn. Drat. I’m on the same play as him. I do love that Derrick Henry. I’ve been on him all year. CHECK THE PREVIOUS COLUMNS!!!! I CALLED IT!!!!! RING THE BELL!!!!!! I WAS RIGHT!!!!!! Pay no attention to my 27-37 record against the spread, however. Pick: Mississippi State (+8) 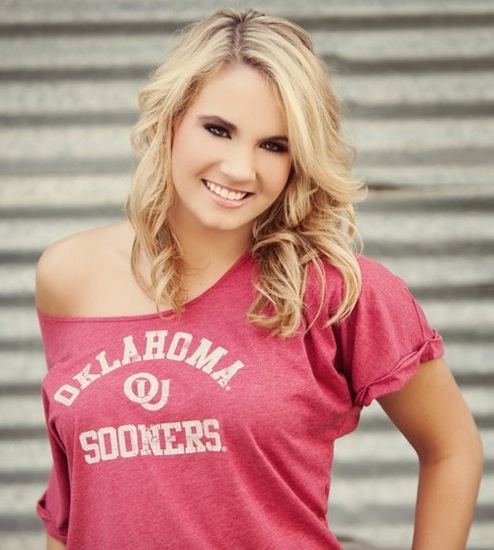 Oklahoma at Baylor (-2)
Producer Joe: Last week I could not have been more wrong with the TCU/Oklahoma St game. This week I will redeem myself. I will not take Bob Stoops in a game that really matters until he proves me wrong. It’s been a long time since Oklahoma won a game that truly mattered, and this game fits the bill. Any team that loses to Texas this year can not be considered a potential playoff team. Pick: Baylor (-2)
Tim: I love Baylor here. Confused by the line. If this were an NFL game, I’d be all over Oklahoma using my Opposite of The Obvious Theory. Not here. Pick: Baylor (-2)
Bears at Rams (-7)
Producer Joe: Now for a team that I could not have been more correct about last week: the Rams. The Vikings didn’t present the Rams with any gifts like the Cardinals (and officials) did earlier this season. The Rams committed their regular allotment of penalties, and the outcome is a cover for the Vikings. Whether or not Jeff Fisher is a leader of a dirty team isn’t as important as whether or not Jeff Fisher is a leader of a team that can move the ball offensively when the run game gets shut down. The good news for the Rams this week is that they are taking on a really bad defense & a defense coming off a short week. I can’t believe I am about to do this. Nope, can’t make myself lay a TD. Rams win, but somehow it ends up closer than it should be. Pick: Bears (+7)
Tim: Kind of an oddly high number. Before giving my prediction on the game, however, I will give you a glimpse into the future of message boards and Twitter on Sunday, and sports talk radio on Monday: how can you say St. Louis loves the Rams with that many Bears’ fans there? Lock that in as your #hottake play of the week. Meanwhile, it is a high number, but I believe in the Rammies. They will fight so hard and so fine. Pick: Rams (-7)
Patriots (-7) at Giants
Producer Joe: Shit. Tough game to pick, but I am not backing away from the Patriots. They will win outright, but I am nervous about the cover. Pick: Patriots (-7) Tim: I’m curious to see how the Patriots do without Dion Lewis. I’m also curious to see if the Giants can keep up with the New England offense. This strikes me as a high-scoring game, which means seven points has some great value in a 35-31 kind of shootout. Pick: Giants (+7)
Cardinals at Seahawks (-3)
Producer Joe: If the Seahawks want to win the division this year, they need to win this game. It is my belief that they are going to still win the division. Pick: Seahawks (-3)
Tim: This should be a damn good football game. Maybe I’m ignoring signs of a declining asset in the Seapidgeon, but I can’t pass on giving up only three points at CenturyLink. Pick: Seahawks (-3)
Lock of The Week
Producer Joe: Cowboys at Buccaneers (-1): The Cowboys have to win at some point. Pick: Cowboys (-1)
Tim: Lions at Packers (-11.5): Aaron Rodgers has lost two games in a row. Aaron Rodgers will not lose three games in a row. And now that Green Bay has bailed on whatever is going on with Eddie Lacy, they’ll be even better as an offense with James Starks. This will be a clinic. Pick: Packers (-11.5)
Now’s your chance to partake in the fun and games. Pick the six games we picked and select your own Lock of The Week using the latest spreads from scoresandodds.com. Give the total points of the Rams and Bears as your tiebreaker. Whoever does the best wins a $25 gift certificate to HotShots Sports Bar and Grill.